Properly Set Up Redis Cache on WordPress Powered with CloudPanel

It is amazing that Redis Object Cache comes by default in every CloudPanel installation.

That said, you don’t have to do anything in the server side. All you have to do is making sure that your website can take advantage of Redis.

Many content frameworks such as WordPress rely heavily on database to store all information.

Calling database every time visitors make requests is not an effective mechaanism.

How to Install Redis on CloudPanel?

There is nothing to do. Simply install CloudPanel and you’ll have Nginx, PHP-fpm, MySQL, and Redis Cache in one complete stack.

Being installed and active by default, doesn’t mean you can make use of it directly.

At least for WordPress, there are things to do.

Setting Up WordPress for Redis Cache

Steps to Set Up Redis Cache

First, login to your server using WinSCP (or any of your favourite FTP client).

Save and close the file.

This is necessary so you can download, install, and update any Plugins and/or Themes directly from your Dashboard.

Now go to Settings > Redis. This brings you to the Redis configuration page.

The above details indicate that WordPress can communicate with Redis server successfully.

That’s it. Every page request made by visitors now served from Redis Cache.

Such a caching mechanism avoid your MySQL database from being accessed too frequently. Hence, you can increase server performance without having to upgrade its specs.

How to Know if Redis is Working?

In common web browsers like Google Chrome, you can do this by hitting Control+U buttons on keyboard.

You’ll see a nice status line displayed at the bottom.

Can I combine Redis and WP Super Cache? Absolutely!

Can I use Cache Enabler with Redis Cache together? Of course!

Can I use W3 Total Cache and Redis? Yes, but you have to uninstall Redis Object Cache plugin and set Redis parameter manually in W3TC. 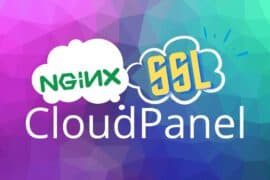 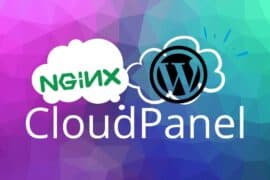 How to Install WordPress On CloudPanel Server