I have a very great curiosity to Hetzner cloud. It was hard for me deciding to give Hetzner a try. Not until the provider announced a promotional credit for new users. I took the opportunity by using its promo code and I managed to register for an account with free €10 credits.

The registration process went not as smooth as I expected. They do accept many kinds of payment which is good. However, my account was flagged as risky signup.

I tried to contact its representative at LET community and she responded very wisely: try to sign up again.

Well, I repeated the registration process again and finally, I managed to pass the verification. I have to upload a scan of my Passport and Driver License.

Is such an arduous process worth the service they offer? Let’s find out down below.

The best part, they operate their own datacenter in three locations: Nuremberg (Germany), Falkenstein/Vogtland (Germany), and Helsinki (Finland). Learn more about their datacenter here.

The company strives to improve its products’ price-to-performance ratios. The prices are so attractive. According to its official page, the company has been established since 1997.

Hetzner provides several business divisions. The key features below are limited to the ones available in the Cloud Server plans.

That said, Hetzner is not a small cloud company but a big infrastructure company. This is proven with its wide range of services they offer.

Having their own datacenter makes them possible to also offer colocation.

The cloud server is available in either Default and Dedicated vCPU plans.

Unlike most cloud providers that start from 1GB RAM plan, the smallest plan available in Hetzner is 2GB RAM, 1 vCPU, 20GB SSD, and 20TB traffic. The price is surprisingly cheap, €2.96/month which is equal to $3.3.

With less than $5/month, you can have 2GB RAM cloud with 20TB bandwidth. I can say this price is much cheaper than other providers because normally you’ll only get 1GB RAM cloud for $5/month.

There are also Dedicated vCPU plans. These plans start from 8GB RAM, 2 vCPU, 80GB storage, and 20TB bandwidth for €23.68/month.

How to create a new cloud server at Hetzner? It’s pretty easy and straightforward. Follow these steps.

Step 3 – Now enter the newly created project. In this example, my project name is “BARU”.

Step 6 – Next, choose the operating system you want: Ubuntu, Fedora, Debian, and CentOS.

The prices of each plan are shown crystal clear. If you use the server for less than one month, you’ll be billed only for the hours the server active.

Step 8 – You can add additional storage volume if you want. You can simply skip this if you want.

Step 9 – You can also opt to add additional features such as backup, user data, and SSH key. This example leaves those options default.

Step 10 – Give your new server a name then click the [Create & Buy] button.

Step 11 – Wait for the system to build your cloud server. Trust me! It will finish just before you step up to take a cup of coffee in your kitchen.

Step 12 – Once created, you’ll see something similar to this meaning that your server has been successfully created.

If you click on the server name, it reveals more server management options.

Let’s see how easy-to-use and how complete the management options are.

The main page of management panel shows the overview of your cloud server. You can see the server specs, bill usage, bandwidth usage, and the location of your server.

In the left side, you can see all the main options useful to manage your server.

There is also a serial console to manage your server via the Command line interface right from your browser.

A simple button is also there allowing you to switch off/on your server conveniently.

This page shows all the statistics of your server resource usage. All data are shown as a graphical interface.

You can see the current performance of the server’s CPU, Disk throughput, Disk IOPS, Network traffic, and Network PPS.

Backups are automatic copies of your server’s disks. For every server, there are seven slots for backups.

Snapshots are instant copies of your servers disks. You can create a new server from a snapshot and even transfer them to a different project.

They both come with additional costs tho.

In the networking page, you can see all your server IPs. You can also edit reverse DNS and set up floating IPs in this page.

You can also add or attach additional storage from several different capacities.

You can turn off and on the server from this page either. Do the Hard Reboot if you want.

This is one of the important features of a cloud server, the ability to rescale. One unique feature I spotted is the ability to opt for upgrading CPU and RAM only.

This is also a basic feature that should always exist in a server management panel, especially for cloud servers. We couldn’t find this feature on UpCloud tho.

Here you can easily and conveniently reinstall the operating system of your cloud.

Here it comes the time to see the performance of a cloud server hosted on Hetzner.

We use the lowest plan that comes with 2GB RAM, 20GB SSD, and 1 CPU Core. The server is deployed in Falkenstein (Germany) and runs Ubuntu Server 18.04 (Bionic Beaver).

As the benchmarking tools, I use ServerBench, YABS, and Bench Monster.

You can also see the network information right below it.

CPU benchmarking is the first test result shown. It was conducted using Geekbench v4. The score of both single and multicore are impressive.

This shows how powerful the CPU allocated to the server. The multicore score is not significantly higher from its single score due to the fact that the server has only 1 CPU.

The hashing tests also have no problem. It can do bzip2, sha256, and md5sum without producing big latencies.

The write/read speed of the allocated RAM is also impressive.

Wait, now take a look at the I/O speed! I’ve seen some other providers, either cloud or traditional VPS, claiming to use SSD storage but rare of them can achieve such a true high speed I/O performance expected from NVMe SSD.

Conducted for three times to see consistencies, the number shown as disk I/O speed seems pretty legit. Even the claimed MaxIOPS storage can go as far as half of what Hetzner produce.

The test that I did proves different result tho. Even the tests are probably wget, the result is still impressive.

The next test was done using Nench.sh script. If the previous test the hashing tests were done by measuring how many MB/s the CPU can do, this test uses how many seconds the server can do a hashing calculation for 500MB of data.

The result? SHA256 hashing is done in 3.5 seconds and bzip2 in 6 seconds. Unfortunately, the AES encrypting test wasn’t successful.

The disk speed test was done in two methods: IOPING and DD. Again, you can see how superior the NVMe SSD disk used by Hetzner cloud server is.

The connection speed was tested on both IPv4 and IPv6 networking. The results here seem better than ordinary. We’ll take a look at that in the next tests.

The next test was done using Serverbench.net script. We’ll jump into the disk I/O speed and connection speed directly.

The average I/O speed is 1034.5 MB/s which is super awesome. Again, see how consistent the disk speed on all three runs.

The connection speed also throws no problem. The result is similar to the second test.

The last test was done using YABS, Yet Another Benchmarking Script.

The average disk speed seems different than previous tests, almost a half the initial speed. It’s still a fast performance tho.

The network speed tests on both IPv4 and IPv6 connections shows exceptional performance. The iperf3 tests show that. See that 9.27 Gbits/sec? How cool is that?

Even the connection to Indonesia can reach up to 782 Mbits/sec.

Hetzner becomes a very popular cloud provider for many users including ordinary users and developers. Their services are very reliable. They own all the hardware and networks. They own three datacenters in two locations.

So far, Hetzner is the best cloud servers company with the best price-per-performance ratio. You can get a 2GB RAM cloud instance for less than $5/month. Others usually charge $10/month for a server with similar specs (See DigitalOcean, UpCloud, or Vultr).

Personal opinion: I am personally impressed with what Hetzner can offer. The price is cheap but the performance is stunning. Hetzner Cloud is prem!

What’s your thought about Hetzner? 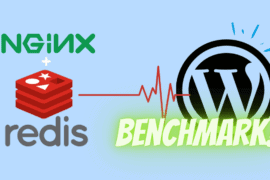