It was yesterday that I saw a free $100 voucher to deploy public cloud instance on OVH. So I decided to try it.

The OVH voucher code is TRIAL 10 (valid till today only, sadly).

OVH is a French company offering a wide range of internet services, mostly servers and hosting.

OVH Cloud is just one of their services providing a large number of cloud solutions that are billed on a pay-as-you-go basis.

Just like Digital Ocean, Vultr, UpCloud, Atlantic.net, and so on.

The coupon code should be put when creating a cloud project.

How to Deploy A Cloud Instance on OVH

Second, click the Public Cloud menu on the top.

Third, click Create Project. Give it a name. Enter the voucher code if you have one.

Next, choose your payment method: PayPal or Credit Card.

In this example, we use the General Purpose instance.

Next, select the country that you wish to deploy your cloud at.

Next, you can select the operating system. There is a wide range of options available from Linux distros to Windows. Furthermore, there are a ready-to-deploy OS + App stacks like cPanel, VestaCP, Drupal, Docker, Windows, LAMP, etc.

Here is the most important part. OVH does not give you any random of root password to log in to your cloud. Instead, you must provide an SSH key.

Next, configure your instance. Give it a name.

Optionally, you can enable automatic backup but it costs you more.

Monthly plan will be cheaper than its hourly plan.

That’s it and your cloud instance will be ready in seconds.

You can use Putty to log in to your server for the very first time. Once logged in, just do not forget to create password for your root user.

Here are some benchmark results to give you a glimpse of how the cloud server perform.

As usual, we love to start it using Yet Another Benchmark Script (YABS).

The processor used in the General Purpose lineups is Intel Haswell families. Most likely it’s an E5 series (Intel Xeon).

Both ASE-NI and VM-x/AMD-V are enabled. It means you can create nested virtualization like installing OpenVZ or Virtuozzo 7.

The IOPS speed which represents how quickly a given storage device or medium can read and write commands in every second is pretty fast.

Writing and reading a block of data with 1 MB in size, it can achieve up to 600MB/s. The block size and IOPS have a snowballing effect on network traffic throughput.

The iperf3 is used rather than simple wget. It is a cross-platform tool that can produce standardized performance measurements for any network.

As you can see on the picture above, no location can achieve up to 250 Mbits/s which is obvious due to the network port speed capping.

This is the trade off for unmetered bandwidth OVH offer.

The Geekbench 5 benchmarking test reveals a decent result. The processor speed is not super awesome but it’s already more than expected.

What different here is RAM speed. The speed hints that it would never be the bottleneck of server’s overall performance.

The CPU performance test is done by Geekbench v4 benchmarking algorithm. The score is good even with single core processor.

Disk speed test is done by using dd test. We suggest at this write and read speed, the disk is pure SSD but not NVMe just yet.

It’s more that what you need to host any kind of web applications.

Global speed test says it all. All results from 18 locations gathered to shows you how the network connections perform across different continents, from nearby Asia to the US and Europe.

The slowest connection is to South Africa.

Impressed with the result? Tell us what do you think! 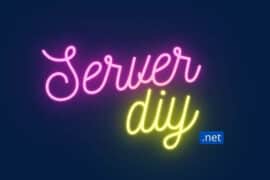